some films was a one day screening in the studios at The Banff Centre: a series of films were projected at a small-scale from the studio out into the thoroughfare for an audience of passersby. The films included self-disrupting pictorial spaces, or images that imploded in one way or another from within, be this by chance over time in the effect of a gust of wind, by the subject leaving the frame, or through the attempt of the camera to follow the subject. The projection stream also experienced interruptions, as viewers walked past, and through conversations with the artist who was working in the studio behind. 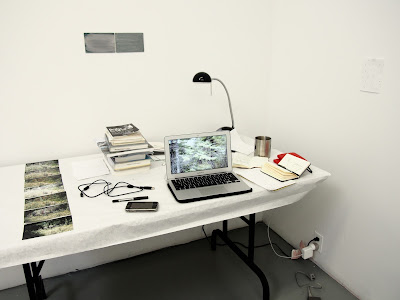